Is it time to start a GoFundMe for Tom Herman’s buyout? by John Buhler
All the sports and entertainment topics to avoid at Thanksgiving dinner by FanSided Staff

Undisputed welterweight champion Cecilia Braekhus will try to defend her titles for the 25th time against Victoria Bustos, but hopes to see Katie Taylor soon.

Women’s boxing is on the rise, and undisputed welterweight champion Cecilia Braekhus (35-0, 9 KOs) is leading the charge. She is set to defend her titles for an astounding 25th time against Victoria Bustos on Saturday, Nov. 30, on DAZN. She hopes that a career-defining bout with super lightweight champion Katie Taylor follows.

Women have been battling gender bias in the sport of boxing for a long time. Times are changing, and people are starting to give women the respect they deserve in the sport. Women are headlining cards, and Braekhus has been at the forefront of women’s equality in boxing.

Regardless of gender, Braekhus is on the precipice of her 25th title defense, which is miraculous. She’s been a champion for 10 years. It’s hard to find anyone in boxing with those statistics. Simply put, Braekhus is doing things that no one else in boxing is doing. She cleaned out a division and has remained supreme.

Going into with her bout with Bustos, things have changed for Braekhus. She left trainer Johnathon Banks for Abel Sanchez. Ironically, the change was prompted after middleweight Gennady Golovkin left Sanchez for Banks. The fighters swapped trainers, and Braekhus is thrilled with her new team.

“I made some big changes,” said Braekhus. “I switched trainers and training gym. I’m now up in Big Bear with Abel Sanchez. It’s a different training regime, and I’m very excited about this.

“You will see a huge difference when I get in the ring.”

When Golovkin made his switch, Braekhus felt like Banks would focus on Golovkin. Braekhus wanted to ensure she was in an environment where she received enough attention from her training team.

While there are no hard feelings between Braekhus and Banks, the same can’t be said between Sanchez and Golovkin. Golovkin spilt with Sanchez after his loss to Canelo Alvarez.

While speaking to the media on the phone in April, the Los Angeles Daily News reported Sanchez as saying, “He [Golovkin] signs a $100 million contract and insults me with a number that my dignity and pride just won’t allow me to just take it or leave it on a crazy new number for a trainer pay-wise.”

“I don’t think that people know that Abel is an amazing motivator,” said Braekhus to FanSided. “If it wasn’t for him and the guys in the gym, I would have just left a long time ago because they are pushing me, motivating me. It’s a very special group who’s always pushing each other forward.”

Going into her bout with Bustos, Braekhus is a massive betting favorite. According to Oddsshark.com, betting lines on Braekhus range from -2500 to -5000. Bustos has five losses on her record, including two to Erica Anabella Farias, whom Braekhus defeated by unanimous decision in 2017.

Despite the stacked odds against Bustos, Braekhus insists that she’s not looking past her next opponent.

“She’s a little bit like Farias,” said Braekhus. “I fought Farias when she was a world champion, also from Argentina. I’m not underestimating these girls at all. They know how to use their size to their advantage when they box taller girls. I don’t take this lightly at all.”

On paper, Bustos isn’t the strongest opponent Braekhus has faced, but she’s the next woman up. Assuming all goes well against Bustos, Braekhus hopes to fight a transcendent bout in 2020. She’s hoping WBO super lightweight champion Taylor is next.

One upon a time, Claressa Shields’ name was on the list of possible opponents for Braekhus. Braekhus mentioned her name to FanSided 11 months ago, but that ship has sailed.

“Right now, Claressa Shields isn’t in the cards,” said Braekhus. “Showtime was one of the media relations we were talking to because we were interested in doing this with Shields. Showtime, they weren’t even near giving us such a good deal as DAZN did. Being with DAZN, it’s natural to go with DAZN girls.” 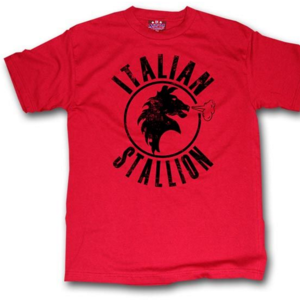 “It was not a good offer. It was not an offer we entertained for a very long time,” laughed Braekhus.

A contest between Braekhus and Tayor could arguably be the most anticipated in women’s boxing history. With both signed with Matchroom, there’s a good chance that’s the fight fans get next. However, Braekhus needs to take care of business against Bustos before that fight comes into fruition.

You can see Braekhus vs. Bustos on Saturday, Nov. 30, on DAZN. The broadcast begins at 2 p.m ET.

Next: Wilder knocks out Ortiz with 1 punch in 7th

For all your boxing needs, make sure to visit the FanSided Boxing page. Bookmark this page to keep up with the latest boxing news.