Michael Porter Jr. is confident a healthy Denver Nuggets team is ready to win an NBA championship in 2021.

Well, if you ask him he plans on going up — as in winning an NBA title — but he doesn’t expect to do that anywhere other than with the Denver Nuggets.

“I think Denver believes in me,” Porter told FanSided. “I love Denver so we are obviously talking about some stuff. I’m working hard in the gym everyday and I’m leaving that up to [my agent]. I expect to be in Denver for sure.”

The Nuggets recently signed forward Aaron Gordon to a four-year, $92 million contract extension but the money is expected to be there for Porter too who will be a restricted free agent after next season.

Porter has big plans for the upcoming season for himself and the team. The workout regime has been different this summer.

“I haven’t really had a fully healthy offseason to really just get it in in the weight room off the court so this is my first offseason where I really feel like ok I’m just going to grind every single day so I feel like my jump from last year to this year is going to be my biggest one yet,” Porter said.

That would be music to the ears of the Nuggets franchise. Porter raised his scoring average from 9.3 ppg to 19 from his rookie year to last year’s second season. His shooting percentage rose from 51 percent to 54 while he also averaged more rebounds, assists and steals.

Confidence has never been an issue for Porter, but there was a brief time when he was not sure that his career would end up on its current trajectory. Injuries at one point had started to take a mental toll.

“I kind of never had a doubt after the first surgery because I was rehabbing, I was feeling good I knew that I was going to back to the place I was but then I had the second surgery and I’m not going to lie it was scary after that for a little while,” Porter said. “I was hearing some doctors saying not a lot of people can come back as good but I always knew it wasn’t going to be because I didn’t work as hard as I could. I really had in my mind I was going to get back to where I was and be even better.”

Even better is where Porter sees the Nuggets headed after getting bounced last year in four games by Phoenix in the Western Conference Semi-finals. 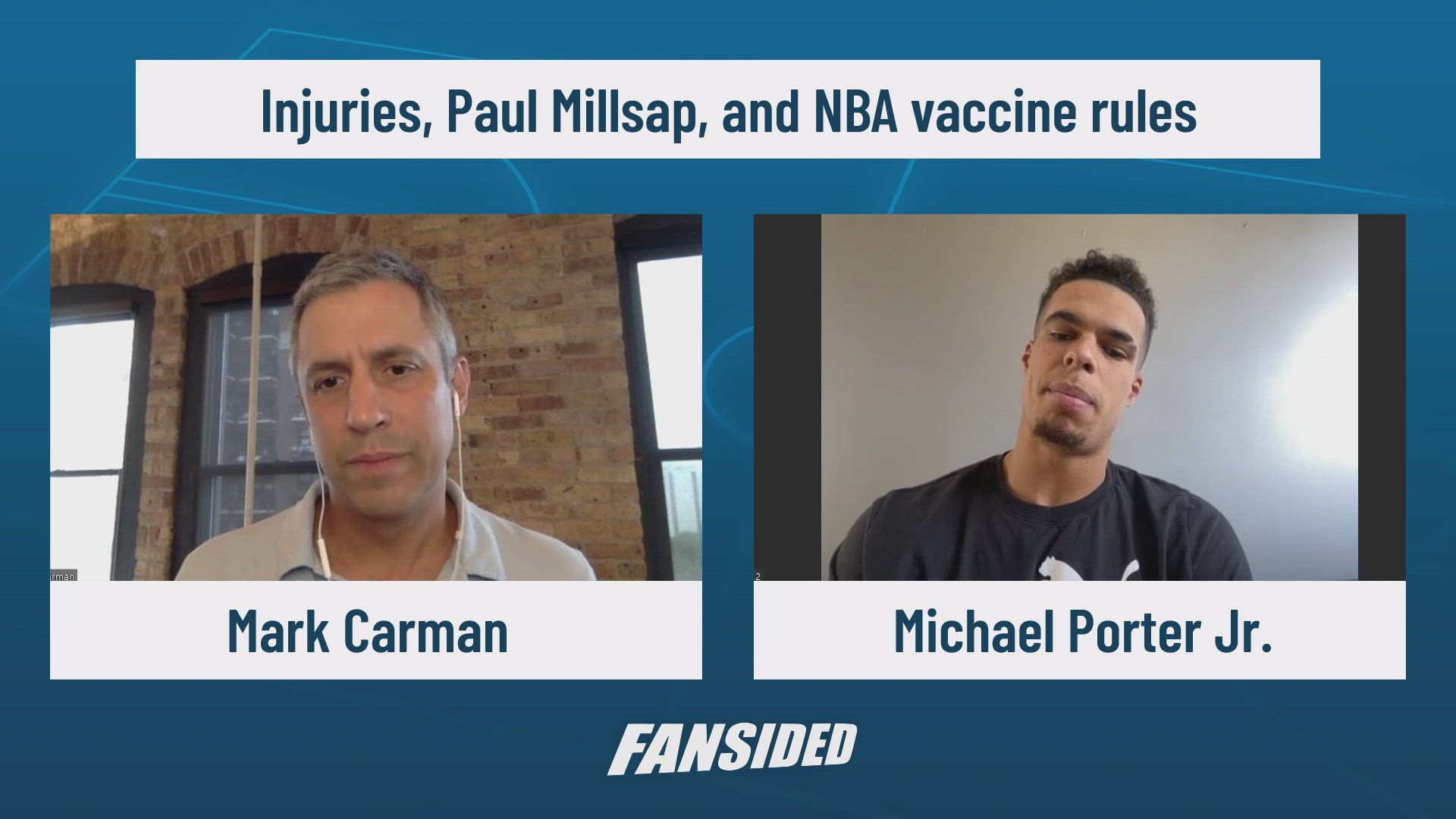 “I genuinely think when we are fully healthy we can be the best team in the NBA,” Porter said. “We’ve got the MVP. In that Suns series, I got hurt in the first game and I was never the same after that. Will Barton, that was his first series back and of course Jamal Murray and then P.J. Dozier. Thats a lot of guys who didn’t get to play.”

The Nuggets have added the aforementioned Gordon along with veteran swingman Jeff Green in free agency. The locker room will have a void to fill with Paul Millsap signing with Brooklyn. Porter and Millsap shared lockers next to each other.

“I hit him up and said I appreciate the knowledge and I appreciate the love you showed me specifically because when I went in there are a lot of things about the NBA you learn from making mistakes,” Porter said. “Paul kinda like let me learn without making those mistakes. He was sitting me down telling me how things was. He was a true vet presence for me. We loved him on the team. He had a calming presence about him.”

Porter is not quite a veteran yet, but appears to be headed into a new level of success and perhaps leadership as he enters his third NBA season.

Michael Porter Jr. created ‘Curious Mike’ with his sister, Cierra Porter, to shine a light on the lives of athletes outside their sport. The second season of the show will feature appearances from two-time NBA MVP Steph Curry and celebrity psychiatrist Dr. Amen and many others. Check it out here.

All NBA news from FanSided Daily